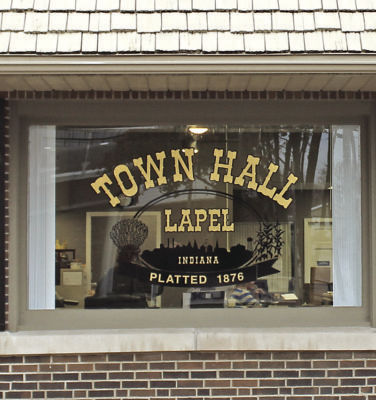 LAPEL — Bids for major roadwork in Lapel and the search for a new police chief were the topics of a February town council meeting.

The town council heard details from its consulting firm about a $540,000 bid for milling and resurfacing several streets in town; council member then voted to accept it.

The company with the best bid for the work was E & B Paving.

It came in with the lowest bid, a figure lower than town engineers estimated for the work, Goslee said.

He recommended the town accept the bid, which it did, contingent on funding, even though not all of the roads listed in the project will be paved right away.

Some work may have to wait for a second round of grant funding, which is expected to come this year, town leaders said.

The roads will be milled and resurfaced, and base repair will be performed, Goslee said.

The road work project is expected to be completed this summer.

Good roads are vital to the future growth and current flow of traffic in Lapel, town leaders said.

Councilwoman Deb Wainscott said she was pleased to accept the bid to get the work started.

With recent annexations and normal wear and tear on the streets, there is plenty of work to do, she said.

“We want to make our streets and roadways as safe as possible for our residents” Wainscott said.

In other town business:

The decision for Daniels to leave the department was his own, town officials said.

Officer Jonathan Hosier of Pendleton is interim chief of police.

Hosier, who joined the Lapel Police Department in 2010 said he does plan to apply to be chief.

Town officials are in process of screening applicants for Daniels’ replacement and hope to recommend a new police chief this month.

• Goslee reported the Madison County drainage board likely will vote on a proposed fix for the drainage problem at Bulldog Park. If approved, a contractor will be brought in to address the issue.