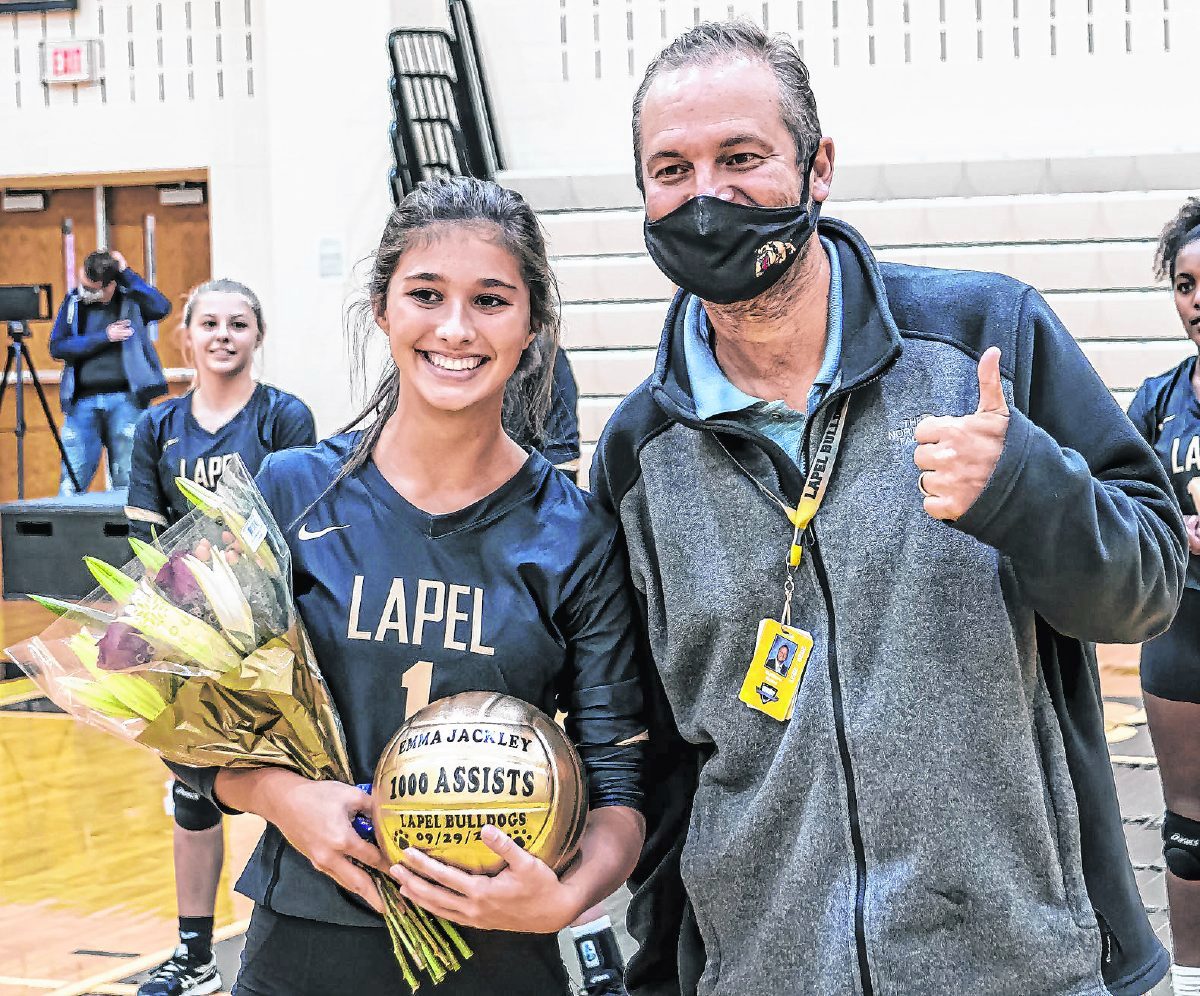 Jamboree is back, with something new to grow on

MARKLEVILLE — Dozens of people donated a little seed money — as well as time — to a cause near and dear to their hearts.
And in about a week, those people and others in the Markleville community and beyond will reap what was sown.
The cause is the Markleville Jamboree — the annual weekend celebration that includes music, games, food and other family fun — which is set for Aug. 6-8 in Markleville Community Park, on again after a one-year pandemic-induced hiatus.

“This year we have the whole thing back again,” organizer Dianna Smith said.
The jamboree returns with several new and changed events, as well as a new feature around which this year’s event is planned: A 2-acre field of sunflowers with a path leading to a new gazebo in the middle.
“The idea came about, just because we had such a dreary 2020,” Markleville Police Chief Tim Basey said. “(Street Commissioner Todd Leever and I) were just talking about certain things to do, you know, to make it a little better year, a better jamboree.”
Basey said he got the idea for a sunflower field from something he saw on TV, and everyone, including the local park board, liked it.
“It’s probably been about a year in the making,” Basey said.
The field is located behind a ball diamond in a previously unused area, Basey said.
About 30 people helped with the effort, donating a total of about $2,000 as well as various amounts of labor.
South Madison Community Foundation also provided a $4,500 grant for the gazebo project, he said.
The sunflower theme is reflected in the souvenir T-shirt design, which includes a sunflower image with the words “Sunny Days Are Back.”
A parade set for 11:30 a.m. Saturday will have sunflower-themed floats.
Basey said the hope is the field, which is the result of sowing 50 pounds of seed, is a draw to the festival, which already is looking like it will be bigger than it was before the pandemic.
“We already have more vendors than we had two years ago,” he said.
Smith said in addition to the field, there’s a full slate of activities that jamboree-goers will recognize from past years, including a sorority chicken noodle dinner, the police/fire department softball game (Guns vs. Hoses), Kids’ Tractor Pull and Obstacle Course, as well as parades, a tractor show and pull, as well as children’s play area and vendor booths.
Hedgehog Hannah animal show returns for its second year.
There will be some new and changed events this year, as well as events that are returning after being gone for a while.
New this year are a Pet Prince/Princess Contest, in which any pet can be entered and winners will be determined by cash donations; and an art show and contest, which anyone can enter, and winners will be determined by popular vote.
Also new is a presentation by a Mounds State Park interpretive naturalist, who will speak about the atlatl, an ancient hunting tool; people will be able to try using one in the children’s area, Smith said.
There’s also an egg-eating contest, which replaces the previous pizza eating contest, she said.
The movie “A Field of Dreams” will be shown Friday night.
Something making a comeback after an absence of many years: Three local churches will conduct a joint service on Sunday morning before the usual tractor pull.
In all, the festival is shaping up to be a good one, Smith said, which also will give people a chance to see some of the recent park improvements, including the paved shelter house, new mulch and new bricks.
“It should be fun. I know everybody’s looking forward to it,” Smith said.
Basey said he thinks the sunflower field will make the jamboree an extra-special event this year, giving a boost to community spirit.
“That’s kind of a big thing for our small town,” Basey said of the celebration. “People get to see each other. Sometimes you only see somebody once a year and that’s at the jamboree.
“It’ll just be a good way to bring 2021 around with something a little cheery.”
The plan is to make it part of the jamboree going forward, he said.

A new way to serve