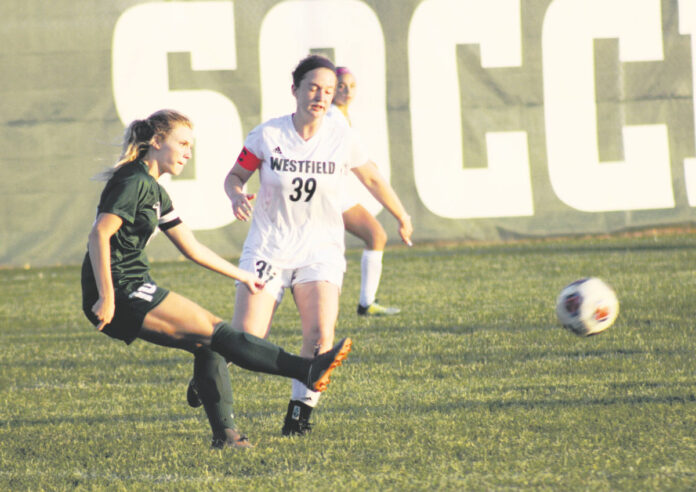 ANDERSON — Pendleton Heights graduate Taylor Fort has received first team all-Heartland Collegiate Athletic Conference (HCAC) honors in women’s soccer.
The conference announced the team on Tuesday, Nov. 2.
A junior midfielder at Anderson University, Fort had six goals and seven assists, which tied for third in the league. The Ravens placed fourth in the HCAC this year. They were 7-8-2 overall and 6-2-1 in the HCAC.
A former standout at Pendleton Heights, Fort earned all-HCAC honors for the second straight year. She was a second team choice last season.
“Having two of the four first-team midfielders (Fort and Jessica Pulaski) truly speaks to the respect and impact that Jess and Taylor have as a dynamic duo,” Anderson coach Jessica Myhre said in a press release from the university. “They cover the entire field, helping track back, transitioning into the attack and creating great chances on goal.”
In high school, Fort was a three-time Indiana Soccer Coaches Association (ISCA) all-state selection (Third Team-Sr., Honorable Mention-Jr., Honorable Mention-So.) and was tabbed Hoosier Heritage Conference Player of the Year as a senior. She was a four-time all-HHC selection and left Pendleton Heights as its career record holder in goals (61), assists (55) and points (177). Arabians teams compiled a record of 46-21-3 during her time on the pitch.

Back to the mat