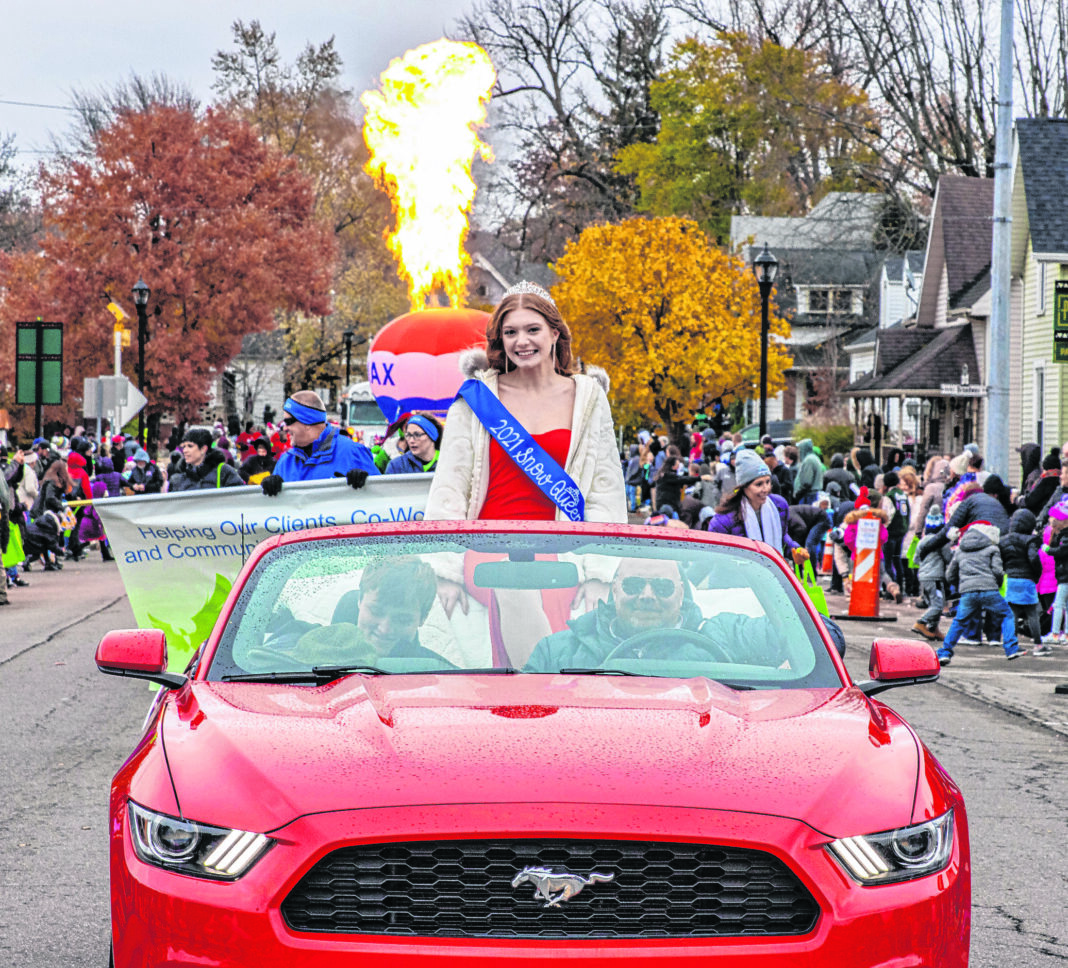 PENDLETON — In another sign that life is getting back to normal in Pendleton, the streets downtown were again bustling with Christmas cheer long before the arrival of Thanksgiving.
Christmas in Pendleton, the annual celebration organized by Pendleton Business Association, returned Saturday, Nov. 13, after a one-year pause because of the pandemic.
“We had a lot, a lot of people show up,” event coordinator Lori Anson said.
The day included the perennial activities such as the parade and faux snowball fight, as well as some new attractions, such as a miniature horse show and a Colts In Motion traveling exhibit.
Plus, “more vendors than ever, by a long shot,” she said.
Don Saxon, president of Pendleton Artists Society — which played host at Gallery 119 to many activities, including visits with Santa and a children’s store where youngsters could shop for Christmas gifts for friends and family — said after a cold, wet start to the day, things turned around quickly.
“Oh, we had a great turnout. After the parade, it was really great,” he said. “We probably, revenue-wise, made as much as we made prior to COVID.
“The Children’s Store was a rousing success,” he said. “We probably sold at least two-thirds of the items … and we had a lot of stuff in there.”
Anson said she received the same feedback from dozens of vendors she spoke with after the event.
She said friends told her that with more vendors, “we were really able to do some real shopping.”