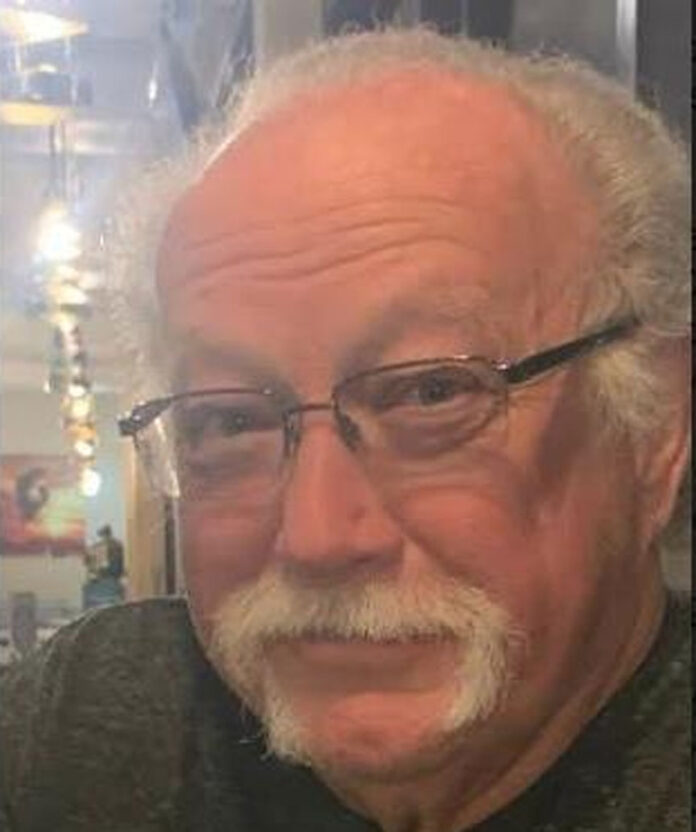 Our human hearts are grieving, but our souls’ hearts are celebrating because we know he is no longer suffering. David passed peacefully from this world on December 27, 2021, after a courageous battle with Covid-19.

He is survived by his spouse of 32 years, Teresa, his daughters, Ruth (Paul Lore) Maestre, Jennifer (Troy) Spiker, and Rachel (Ben) Hughes, and in the words of Brad Paisley, he was the father “he didn’t have to be” to Christy Minnis and Misty Davenport. He also leaves behind his grandchildren, Allison Blake, Victoria (Spencer) McKenney, Samuel, Eleanor, and Thomas Hughes, his sister, Susan Muffett, his sisters-in-law, Jan Rager and Dana (Chris) Hogue, his brother-in-law, David (Jenny) Van Matre, his mother-in-law, Mary Van Matre, and an extended family of aunts, uncles, cousins, nieces, and nephews. He is also survived by all his brothers and sisters in law enforcement.

David was preceded in death by his parents, Fred and Evelyn Eisenbise, his brother, Jack Rager, his brother-in-law, Lee Muffett, his son-in-law, Jon Maestre, his beloved Aunt and Uncle Rachel and Lester Coffman, his mother-in-law, Judy Cornett, his father-in-law, Ralph David Van Matre, and his grandson, Noah Davenport.

David was a graduate of the 1959 class of Pendleton High School and studied at the University of Louisville.

He was a retiree of the Madison County Sheriff’s Department. David wrote computer programs back when computers took up the whole room. He worked many different jobs after “retirement” and considered himself a jack of all trades, master of none. David was working in security at Harrah’s Hoosier Park Racing and Casino at the time of his passing.

He enjoyed traveling with friends and family and seeing historic sites across the country.

David supported his daughters in 4-H, Job’s Daughters, and color guard. He was a proud Mason, a member of Madison Lodge #44 in Pendleton, and was honored to have served twice as Worshipful Master. He was a former Shrine Club member.

If you were friends with David on Facebook, you knew he was passionate about his beliefs. He was in “Facebook Jail” several times for sharing his political opinions.

There will be a Celebration of Life on April 2, 2022, in the Pavilion at Mounds State Park

We want to thank the doctors, nurses, respiratory therapists, and all the staff of Community Hospital Anderson that go into giving excellent care to patients, especially during this pandemic! It does not go unnoticed. David mentioned several times that he was receiving excellent care.

In lieu of flowers, donations can be made to Madison County Humane Society and/or ASPCA in his honor.