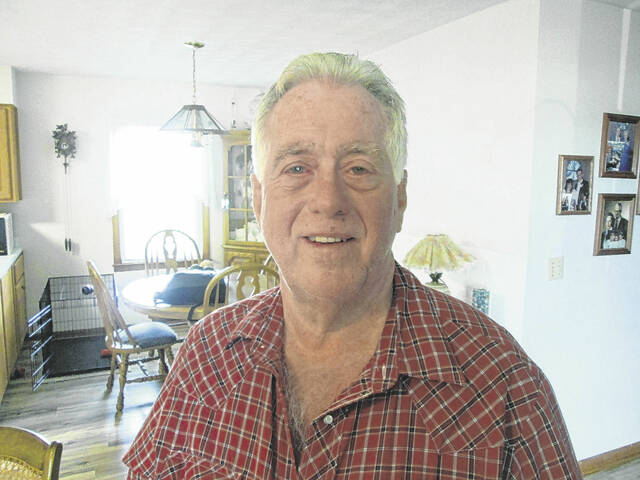 In the late 1970s, I attended my first metal detector treasure hunt.

It took place in Chesterfield and cost, I think, $10 for a two day hunt.

I had never been to one of these events and knew almost nothing about what they did, but I came home with about $100 worth of cash and prizes.

Since then, Susie and I have attended probably several hundred of these hunts in many states and even Ontario, Canada.

Granted, the price has gone up during the past 40 years.

But, the silver and gold prizes have also increased in value.

Last year, we went to hunts in Michigan, Pennsylvania, Kentucky, Tennessee, Ohio, several in Indiana, and one in Arkansas.

We almost didn’t go to the one in Arkansas.

A friend met us at the Tennessee event and told us about the one in Murfreesboro, Arkansas and said we should go to it.

Then, they told me the event was offering more than 2,000 prizes, including Civil War relics, Native American artifacts, Roman coins, silver from sunken Spanish ships, and hundreds of old U.S. coins and other relics and artifacts.

I immediately said, “We will be there!” And we were.

So we drove about nine hours to the far side of Arkansas to attend the Ka-Do-Ha Treasure Fest No. 3 in late October.

With less than 200 people entered, I figured we should find 15 to 20 targets buried in the 200 or so acres of property.

At least several should be for good prizes and maybe one for a great prize.

I was right about the number we found.

Most of those were for items valued around $25 to $50 each, but none for the cash prizes.

We found targets that we redeemed for Civil War relics, display boxes of Indian arrowheads, 120-year-old silver dollars, plus many assorted items buried in the fields.

I also won a 200-year-old large penny, and a one ounce silver round. We probably came close to earning back our entry fees and met some new friends.

While we were there, they announced anyone who signed up for their spring hunt would get a $50 early bird discount. This was only for the first 50 entries. We immediately decided to return.

I also was given a $50 price reduction for bringing someone (Susie) with me. That made her cost $250 and mine $200. We hope to take our grandson, Benjamin, with us and will get $50 off of his entry also.

After we signed up for the spring 2022 hunt, we found out the event was going to be even more desirable than the one we had just attended. There were more than 2,000 token prizes last October. Their April hunt would have more than 4,000 prize tokens buried.

Representatives from Garrett Metal Detectors will be present and bring more prizes, including a bunch of new metal detectors for giveaways and drawings.

Entrants arriving Friday evening will be treated to a bonfire and food — including fish, chicken strips and crawfish — plus karaoke and free drawings. There will also be a night metal detector hunt. The actual event will start on Saturday morning and continue through Sunday. The Sunday hunt will be located in an unsearched 120-acre field that includes old house sites.

I can be reached at the e-mail below. Put Treasure Hunt or something similar in the Subject line or it may get deleted.

Can’t we all just get along about hot dogs

My seventh grade English teacher was a terror