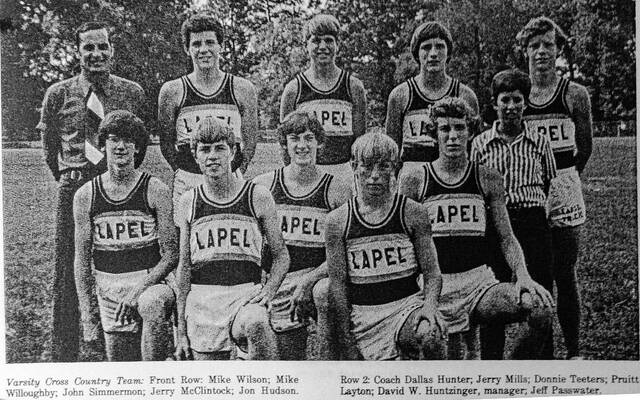 In 1972, the first scientific hand-held calculator is introduced in the United States, for only $395. Magnavox Odyssey video game system is the first displayed, marking the dawn of the video game age.

A few weeks later, sculptured figures of Jefferson Davis, Robert E. Lee and Stonewall Jackson are completed at Stone Mountain, in the State of Georgia.

The United States is becoming more interested in our planets. President Nixon orders the development of a Space Shuttle program. Mariner-9 is sending pictures of Mars as it orbits the red planet. The Pioneer-10 spacecraft is launched from Cape Kennedy, to be the first man-made spacecraft to leave the solar system. Apollo 16 (John Young, Ken Mattingly, Charlie Duke) is launched. During the mission, the astronauts, driving the Lunar Roving Vehicle, achieve a lunar rover speed record of 18 km/h.

In England and Ireland, the IRA and British Army were in serious conflict. Anti-British riots took place throughout Ireland. The British Embassy in Dublin is burned to the ground, as are several British- owned businesses. This was followed by the British government announcement of the prorogation of the Parliament of Northern Ireland and the introduction of “direct rule” of Northern Ireland, after the Unionist government refuses to cede security powers.

The Vietnam War is still drawing lots of attention. However, movie actress Jane Fonda did not help the situation, after getting her picture taken sitting on a North Vietnam military weapon. In June 1972, President Nixon announces an end to the military draft.

The ’72 Supreme Court was busy. In Eisenstadt v. Baird: Supreme Court rules that unmarried people have the right to access contraception on the same basis as married couples. The California Supreme Court voids the state’s death penalty, commuting all death sentences to life in prison. Now, Charles Manson will be heard in front of their state parole. Gov. George Wallace is shot and paralyzed by Arthur Bremer. Bremer gets 63 years in prison.

The Volkswagen Beetle sales exceed those of the Ford Model T, when 15,007,034th Beetle is produced. In April ’72, the first Boston Marathon allowed women to compete. In Super Bowl VI, the Dallas Cowboys win their first championship, defeating Miami Dolphins 24-3, in New Orleans.

Demolition of the 90-year-old Madison County Courthouse began after a county-wide “Historical Courthouse Ceremony.” All citizens attending the ceremony receive a commentative brick from the courthouse.

A dinner took place at the Bartholomew-Whetsel American Legion Post 21, honoring past commanders. Rev. Harry Smith of the Ford Street United Methodist Church conduceted an invocation. After dinner, the current commander, James Boyll, turned the meeting over to toastmaster Ted Montgomery. Among honored guest was Past Commander Willis Presse, who was the first commander of 212, in 1920. Past Commanders Lester Finley and Hallie Tichner were both in the hospital.

In late March ’72, several projects were under construction in Lapel.

The Lapel library was progressing rapidly; the Lapel Gun Club was being remodeled with two new restrooms and a kitchen; Lapel Manor was well under construction, founded on the old canning factory site; and almost completed was the future workshop and storage building, located at Ninth and John streets.

Remember our Madison County “Singing Sheriff?” Sheriff John Gunter was scheduled as guest speaker at the Ford Street United Methodist Church. Sheriff Gunter was raised on a farm near Moonsville, Indiana, and graduated from Yorktown High School. John served several years as a police officer. He also spent three years at the Anderson College. He served with the Anderson Police Department from 1955-70. He even held a black belt in judo. Sheriff Gunter had a wife, Joy, and three children, Matthew, John and Candi.

The Lapel Review had an article on a new reservoir being built in northeast Marion County. The reservoir was going to extend into Hancock and Hamilton Counties near Fortville “within the next 10 years.” It would join Geist Reservoir and had not been named during that publication. We now can call it Eagle Creek Reservoir.

School consolidation in January 1972 received approval by the Board. Lapel, Leach, Jackson and Frankton schools, the new West Central Community School Corp. was formed. The board selected Dale Prough as superintendent. It also chose Jon Cunningham as board president; Charles Clark as vice president; James Layton as secretary; and Al Woolbert as attorney-at-law.

LHS Shop Class is always an interesting learning skill for students. They learn some important trade and construction methods used in everyday life. I made an end table with a glass top. Even today, I look at my project with pride! Some schools have trade-skills that students can go directly into and qualify for their apprentice. Plumbers and carpenters make good money today. Baseball season had a winning at 17-10. In cross country, the Bulldogs finished 14-3, with Junior Mike Willoughby leading the way. Varsity basketball had an exceptional season. The Bulldogs finished with a proud record of 17-3

Shirley Perry was named “Homemaker Of Tomorrow.” Meredith Ray was presented the Mental Attitude Award. Being nominated for the “Red Haven Award” is quite an honor. Those nominated are young men who have sacrificed themselves to be the top-notch athletes. Each nominee must also qualify in at least two sports and rank in the upper third of his class. Senior Jimmy “Jack” Howell was nominated.

Senior trips are always a big highlight of the year. Twenty-four students from Latin class took a 10-day trip to Rome, Italy.

Teresa Simmermon raked in several awards for her hard work. She received an award from Brockway for scholarship, DAR Award, National Honorary Society Award and the National Merit Letter of Commendation.

As the LHS Class of 1972 celebrates its 50th Anniversary, they should reflect back and be proud of their accomplishments. It appears, they gave it their best effort, because their yearbook displays a group of seniors who enjoyed their school and themselves.