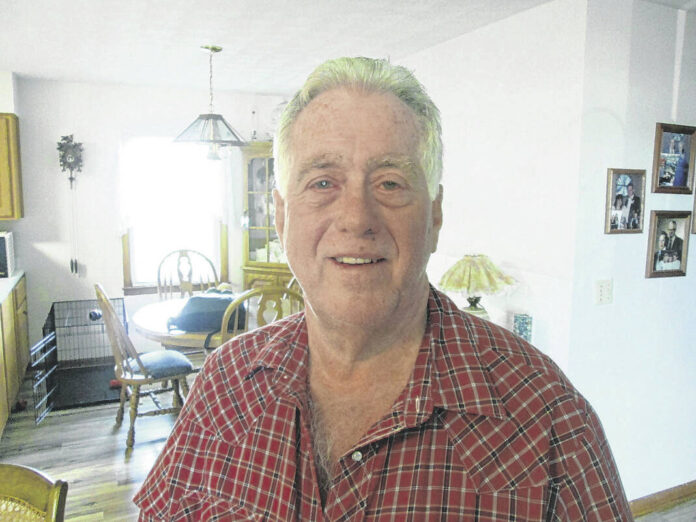 Many Pendleton teenagers are ready to begin their first year at college and all the challenges which come with that time.

For many, this will be their first time away from home.

They will be picking the area of study which may be the field they will be in for the next many decades.

They will be leaving the friends they have spent the last 12 years with and meeting all new people. They will go from maybe being the big shot on campus and in the top 10% of their class to competing with others who were also in that group at their own school.

That’s a lot of pressure for an 18-year-old kid to handle.

I was only 17 when I started my first year at Purdue.

I enrolled in pre-veterinary, which was a difficult area of study.

Of course, during the first several years I had to take a bunch of classes which, at least to me, had little or nothing to do with what my interest was in.

Algebra (math was my worst area), government, psychology, Spanish, then, organic chemistry, physics, microbiology and other subjects I can’t even remember because I disliked them so much.

After a couple years of this, I decided to change my major.

I switched to Wildlife Management.

I began taking subjects that were of great interest to me.

I was taking Botany, Entomology, the Nature and Properties of Soils, Dendrology (tree identification), Surveying and many courses of wildlife studies.

We had many hours of field trips.

We would wade local creeks, seining all the little critters that lived in the water.

I learned to identify what I used to just call minnows, but were actually daces, darters, sculpins an many other tiny fishes.

While in the water, we harvested plant life, aquatic insects, frogs, turtles, snakes and anything else that lived in the water.

On other trips, we learned to identify various ducks, both paddling around and flying at 40 yards.

Back in the classroom, one test consisted of identifying a duck wing, having to name the species, whether it was male or female, and adult or juvenile.

Fifty years later, I can still name most of those critters flying by.

Dendrology was a two semester course I had to learn trees year round.

Actually, trees are easier to identify in the winter without leaves just by looking at the buds. Spring was the hardest since the buds were just bursting open and the new leaves weren’t out yet. Bark, tree location, shape of the tree and sometimes the leaves on the ground underneath was the main source of identification.

Three hours every Tuesday and Thursday regardless of the weather found our class outside while the instructor pointed at a tree and said, “Identify that.”

Then, we had to write the common name and the scientific name with points taken off for misspelling.

If it was raining hard, the little strips of paper we were writing on looked like a spit ball when we handed it to the teacher.

To this day, I can still recall most of the trees in the area and even most of their scientific names.

We live-trapped small critters, learned to mount them, made a skull collection (which I still have), trapped owls and hawks and banded them, made an insect collection, collected plants and made leaf collections, herbariums and seed collections.

Basically, if it lived outside we learned to identify it.

Learning all of this helped our daughter, Angi, later on when she had projects in 4-H. If they offered an outdoor project, she entered it.

We visited many different county fairs to look at 4-H projects to see what the judges deemed the best. Angi got numerous blue ribbons, including many grand champion ribbons. Many of her projects were picked to go to the State Fair.

While I was never interested in history in school, I am now since we search the country with our metal detectors and have learned to identify many centuries old items we find. I never took writing classes in school, but I’ve been told I’m fairly good at writing stories.

More than 50 years have passed since I started college.

Our grandson, Benjamin, is now looking at Trine, Butler and Purdue to study engineering.

He is looking at those three schools because they all offer hockey, and he is the goalie on his hockey team in Fort Wayne.

From his test scores, I imagine he will do at least as good as his mom did.

The author may be reached at [email protected]

Rich Creason is an award-winning outdoors and travel writer whose work has appeared in local, regional, national and international publications for 40 years. Born in Anderson, he is a graduate of Markleville High School. He lives in South Madison County with his wife, Susie. He may be contacted at [email protected]

Serving those who serve others