The Year 2002 was a relatively uneventful year.

We needed a year like that, after what we went through the previous year with the 9/11 attacks. 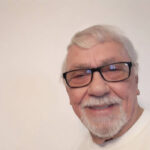 In our area, the Lapel Town Council started the year with discussions of Fishersburg sewage problems.

There were two new members appointed to the board. Rob Steele remained a member of the Lapel Town Council. Dennis Morin, the newest member, replaced Shelly Lloyd. President Gary Shuck, Clerk-Treasurer Tom Tudor, Lynn Wainscott and Tony Pearson were the other members. Woody Fields resigned from the Lapel Park Board.

On Jan. 17, 2002, Congressman Mike Pence was schedule to hold a town hall meeting in Anderson, to give Hoosiers a chance to critique his work in Congress during his first year in office.

Dale Brinker was honored by the Lapel Town Council for his 45 years of service to the community in 2002. During an interview, Brinker was asked about his many years of volunteering his time and talents, Brinker said, “I have always felt it is important to give something back to the community that you live in.”

Dale Brinker also has seen some changes in Lapel.

He recalled that in 1957, the town “had a car dealership, two grain elevators, a limber yard, six gas stations, two hardware stores, a jewelry store, a clothing store and dry goods store, three grocery stores, a blacksmith shop, two card rooms, a shoe repair shop, restaurants, auto repair shops, a canning factory, a stone quarry, a telephone exchange, two taverns, a savings & loan office, a bank, one doctors office, a funeral home and an American Legion Post. With most of the above is long gone, Lapel is still a nice little town.”.

With most of the above long gone, Lapel is still a nice little town,” Brinker said.

Brinker was a great volunteer. It appears volunteering is slowly changing, and it is affecting some areas of the community. Our service clubs depend on volunteers to operate their clubs. If we lose our service clubs, we lose the charities they give to, and the events they sponsor each year. It is our community. Let’s get involved! 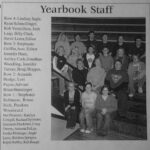 After completing the 2001-02 school year, teacher Joan Casey said goodbye to the profession. Joan began teaching in 1963 at Pendleton High School. She taught there two and a half years before she took a break to start a family. Ten years later, she returned to teaching at LHS. Joan taught English 9 and 10 throughout her career.

Doug VanDyke hung it up after 2001-02 year, too. Doug began teaching technology and construction classes in 1973 at LHS. He was missed because of his stories and great sense of humor. He also was remembered by faculty and students for his many years of hard work.

LHS’s 2001-02 tearbook foes not list any sports scores/statistics for the year. There must have been a good reason. However, I would like to know; did LHS have a good year in girls/boys basketball, baseball or football? It is history, and as years pass, those students who really gave their best, should be recognized.

Anthony Stone said, “At last we are here and I am so scared of what the future will hold for us all. I don’t want to leave this place where I have felt at home for the past two-thousand three-hundred and thirty-eight days.”

Cassey Smith said, “All of the memories that we have made here at Lapel have caused us to become closer as a class, and as a group of friends. We are lucky to be part of a school where we know every person in our class, and for that matter almost everyone in the high school. I feel that we have been very privileged to attend this school of Lapel.”

Ray Tincher attended Ball State University and retired from Indiana Department of Correction in 1997. He worked at IDOC for 30 years, serving in a variety of roles, from correctional officer to warden. At retirement, he received the Sagamore of the Wabash Award from Gov. Frank O’Bannon. He wrote several training manuals as part of his employment and is a published author: “Inmate #13225 John Herbert Dillinger (2007).” He and his wife, Marilyn, live in Lapel.

Serving those who serve others