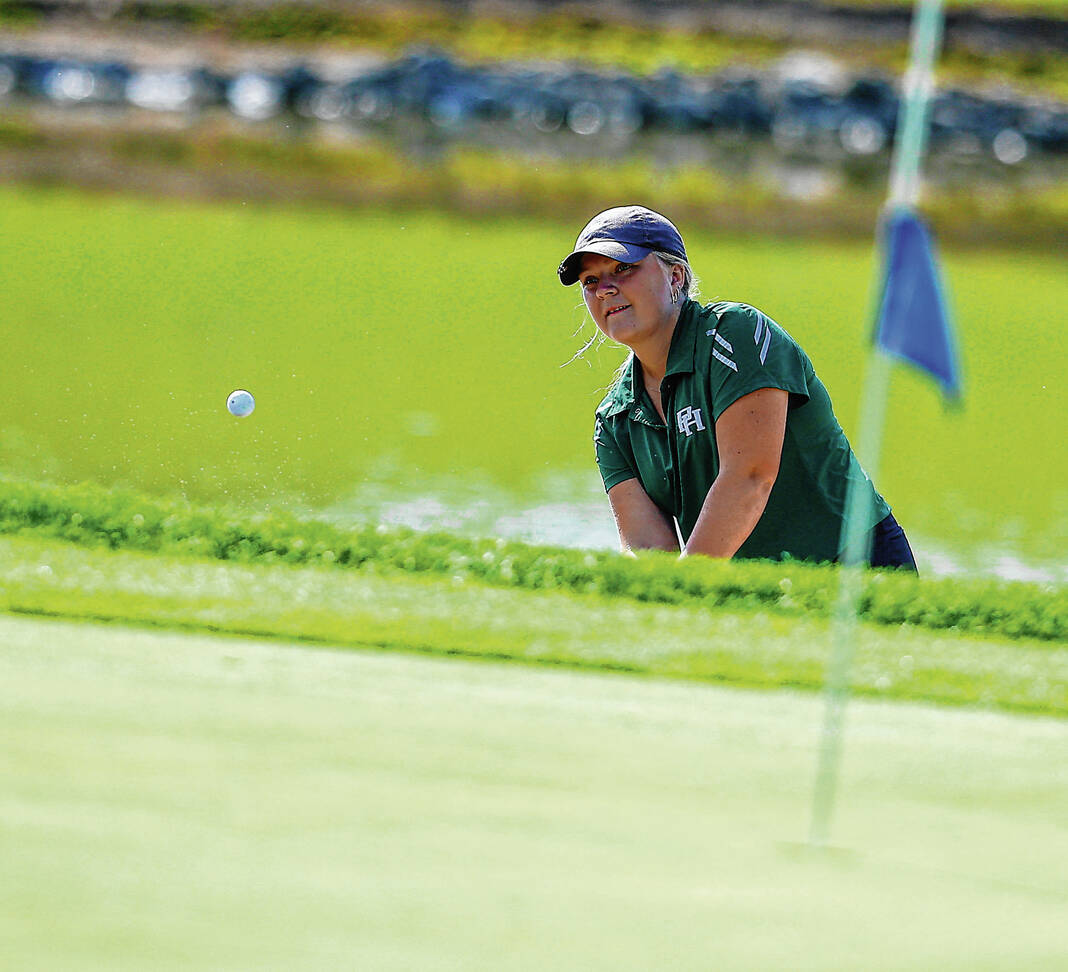 By Brady Extin | The Times-Post

The Arabians finished with a team score of 385, earning them fourth place out of the eight conference teams.

The 385 was a 15 shot improvement from the team’s last 18-hole team score of 400 earlier in the season at the Madison County tournament. 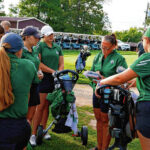 Pendleton Heights head coach, Hilary Slick talks with her team before the start of their round at the HHC Girls Golf Tournament at Albany Golf Club on Sept. 10,2022. Rob Baker | The Times-Post

Baldwin led the team with a 92, Jenkins followed with a 95, and Summerall, from the team’s fifth spot, added a 95. Baldwin finished 10th, Summerall 14th and Jenkins 15th.

Rounding out the scores for Pendleton Heights were Zoe Lawrence with a 103, and Addison Nichols with a 113.

The girls had a quick turnaround and had to face conference runner-up New Palestine just two days later on Monday.

In the rain, the girls shot their season best score of 184, but still fell to New Palestine’s score of 167.

Baldwin was one of the medalists, shooting her personal best score of 40, and Summerall followed up her good showing at conference with a 45.

The Arabians played Tuesday, Sept. 13 (after press time), against Frankton and Lapel, in their last match before Sectional on Sept. 19.

Beeson heads back to state for fourth time