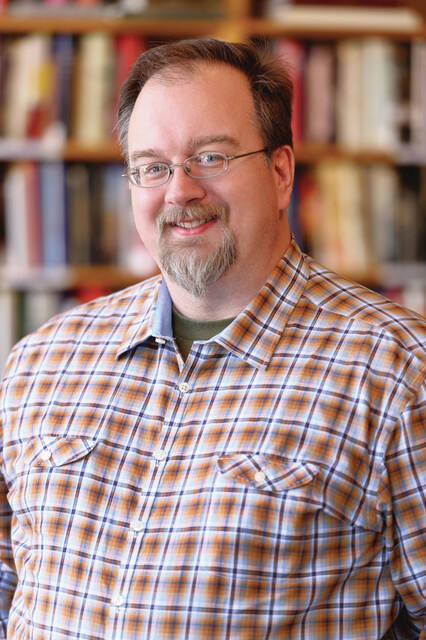 I was late to my own wedding.

Not by much, it was only for the photos, and I had a very good reason.

In the spirit of fairness, I will share my wife’s response:

“It was 30 minutes! We were on a schedule. And it was a stupid reason.”

My wife and I have been married 28 years, and no matter how big the grin on my face when I tell this story, she still doesn’t find it as hilarious as I do.

So I want to share the story — which is not at all stupid and childish — and plead my case.

Cast your mind back to the early 1980s when the Grey Poupon commercials were all the rage. You probably remember them.

An obviously rich guy is riding in the back of a Rolls-Royce, enjoying a gourmet meal, when his chauffeur reaches into the glove box and hands him a jar of Grey Poupon.

Clearly, Jeeves had not just hit the McDonald’s drive-thru. Our guy was eating a full gourmet meal on a tray in the back of a Rolls as he was being driven around the countryside.

No, I don’t know why. Why do rich people do anything?

Billionaires fly into space instead of solving world hunger, millionaires solve their own hunger by driving around the countryside. We poors just have to cram sausage biscuits in our faces while we drive to work.

The rich guy delicately dabs a teaspoon of the spicy mustard onto his fine china plate and smears some of it onto a bite of fine roast beef.

Another Rolls-Royce glides up next to the first one, which has come to a stop. A second rich guy rolls his window down, and says, “Pardon me, would you have any Grey Poupon?”

“But of course!” says the first rich guy, with a bit of a French accent, and he hands the jar of Grey Poupon over to the second rich guy, who apparently left his country mansion without his jar of fancy French mustard.

Moron! He probably used his salad fork as an oyster fork again.

This commercial was so successful that the folks at Grey Poupon recycled the same formula for 20 more years, with more Rolls-Royces, as well as on a train and on a yacht.

Why is this important to my story? Because, as part of our wedding, we were going to be driven from the church to the reception hall.

Do you get it? Do you see why this is important?

I was going to be driven, in a limousine, for the first and probably last time in my life.

This was going to be my one and only chance to offer jars of Grey Poupon to confused passengers when we stopped in traffic. Why?

No, I don’t know why. Why do I do anything? My dad was a psychology professor, and he still considered me one of life’s great mysteries.

I made arrangements with my best man, Paul, to take a jar of Grey Poupon to the wedding. I had bought it a couple weeks beforehand specifically for this occasion. He was going to hold it for me until it was time to get into the limo. It was a brilliant and foolproof plan!

Except no plan is truly foolproof when you have a big enough fool. Because I forgot the jar.

Paul was driving me to the church, which was nearly an hour away, and we were a bit late in leaving. Not much, just a few — 15 or so — minutes.

We were two miles from my house when I realized I left the jar in the refrigerator.

“Why, are you getting cold feet?” he said.

“No, worse! I forgot the mustard!”

We raced back to my apartment where I grabbed the mustard jar.

We raced back to the church, only a few — 10, tops — minutes later than we were before.

I briefly considered whether this might cause some problems, but then decided, “Well, they can’t start without me.”

When I finally arrived at the church, three different people grabbed my arm and hissed, “You’re late, she’s freaking out!”

“It’s fine, it’s fine,” I reassured them, patting my pocket. “Everything is taken care of.”

“You’re late,” my soon-to-be wife said as we had our pre-wedding greeting. “I’ve been freaking out.”

“I, uh, I had to take care of something really important.”

“What could be more important than this?”

I explained my important but clever plan. And was a bit surprised when my almost-wife didn’t see the hilarity of the gag.

“If we weren’t so close to the wedding, I’d want to think about it some more,” she said.

I reminded her that our vows were going to include “for better or worse,” and I was just getting the “worse” out of the way.

The wedding went off without a hitch, and I got a few laughs with the Grey Poupon gag before we drove away. All in all, it was a great day and it’s been a wonderful 28 years.

And when I’ve been asked if I would do it all over again, there was only one answer.