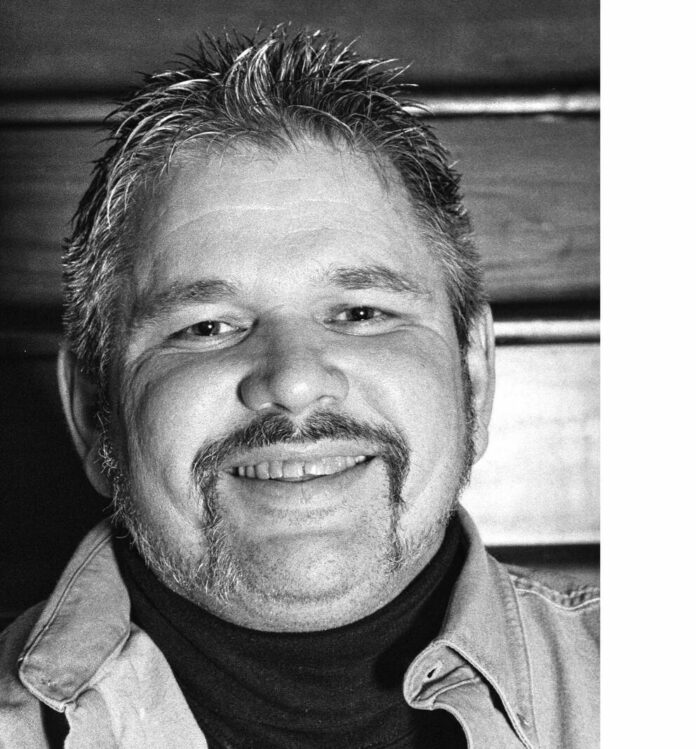 He was born on July 28, 1959 in Anderson, the son of Charles and Molly Williamson and graduated from Pendleton Heights High School in 1977.

While a student at Pendleton Heights High School, he was a member of the varsity wrestling team and was crowned sectional, county, conference and regional champion. Williamson also made two semistate appearances. In the Summer of 1976 he attended Dan Gable’s Wrestling Camp in Iowa City, Iowa. After that the PHHS technical vocational instructor stayed active in high school wrestling as a coach, mentor, tournament director and referee. He was a member of the 1997 Delaware County Athletic Hall of Fame for contributions to wrestling. For his dedication to the sport, Williamson was inducted into the 2011 Indiana High School Wrestling Hall of Fame after being nominated by longtime friend Dave Cloud. “Getting inducted into the Hall of Fame was never a goal of mine,” Brad once said. “I feel this honor is a way to thank everyone that I have met through 40 years of being associated with wrestling. I was fortunate enough to be surrounded by tremendous people my entire life. I hope I can say thank you to them through this honor.”

After earning a bachelor’s degree in education from Ball State University, Williamson taught at Wes-Del Middle and School. During his six year tenure at the middle school, he also served as head wrestling coach. In 1988, Williamson officiated his first IHSAA wrestling sectional and has since refereed hundreds of meets. Williamson earned the Outstanding Indiana High School Wrestling Official Award in 1997. “Wrestling is about going head to head with another competitor,” he said of his love of the sport. “So many life lessons are learned in this style of sport. I fall back on these lessons every day of my life.”

Also while at Wes-Del he assisted in taking the 1990 high school baseball team to the IHSAA Final Four under the single class structure. After hanging up his whistle in 2010 Brad volunteer-assisted in with the Pendleton wrestling and football programs as well as the Muncie Metro Football League.

Brad also earned a Master Degree in 1984 and taught at Pendleton Heights High School from 1997 until his retirement.

Brad was an avid follower of The Notre Dame Fighting Irish Football Team where he attended many games over the years.

He traveled Europe many times with his family over the span of 20+ years with particular interests to the South of France and Amsterdam.

On the night of December 11, 1987, Brad and Cheryl attended a John Mellencamp Concert at Market Square Arena in Indianapolis. As an encore, Mellencamp shot the music video for his hit song, “Check it Out.” Brad claimed that if you squinted really hard you could see them in the background at the 3:01 mark of the video.

He was very proud of being able to see his kids accomplish so many goals in amateur athletics, especially proud of his daughter Paige’s 2 IHSAA swimming state finals appearances.

Brad was preceded in death by his parents.

A celebration of life will take place from 2:00 until 4:00 p.m. on Friday, December 16, 2022 at The Meeks Mortuary and Crematory, Washington Street Chapel.

Online condolences may be sent to the family at www.meeksmortuary.com