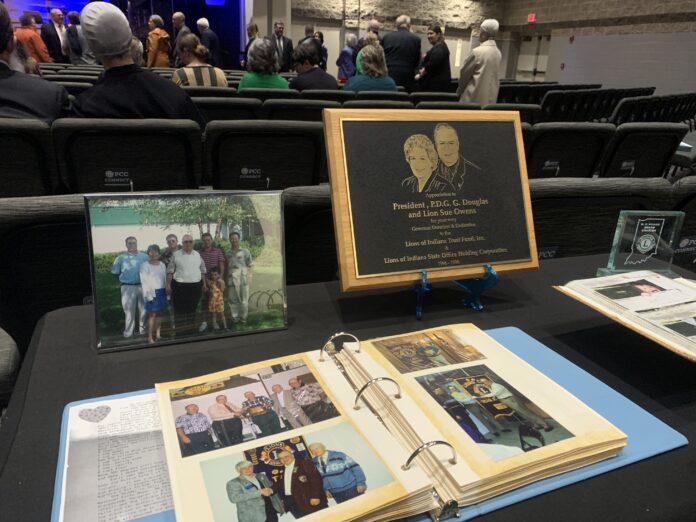 PENDLETON — Doug Owens, who operated a law practice in Pendleton for decades while also supporting the Pendleton community in a variety of ways, died Friday, Jan. 13, at age 89.
“He was a visionary as far as things the community needs,” said Dick Creger, a friend and fellow Pendleton Lions Club member. “He was an individual people were comfortable to talk with about community needs and visions for the betterment of the community,”
Owens was instrumental in establishing South Madison Community Foundation, which was founded in 1992, as well as helping many other local projects get done, Creger said. 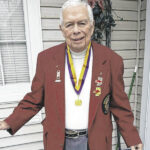 When the decorative fountain near the main entrance of Falls Park was broken down, Creger said, “they asked Doug about it; Doug brought it to the (Lions) Club. The club jumped right on it to get it restored and working again.”
Creger said Owens started the first iteration of a farmers market in town in the early 1990s.
Owens was “non-
confrontational. He didn’t care for conflict,” Creger said. When working with the Lions Club, on the foundation board and in the community, “he was more of an arbitrator, a mediator.”
But Owens had another quality that could come out, too, if told something couldn’t be done, Creger said.
“Doug was kind of a stubborn guy, in a good way. If someone told Doug he couldn’t do something he’d usually prove them wrong.”
“Doug was a great man,” Creger said, noting that his wife, Penny, worked in Owens’ law office for 25 years, and that Owens “gave Penny away” at the Cregers’ wedding. “A great friend of both of ours.”
In addition to the Lions Club and community foundation, Owens was involved with Pendleton Christian Church, Friends of the Falls Park, Historic Fall Creek – Pendleton Settlement, Pendleton Artists Society, Pendleton Business Association and more.
Helen Reske said she and her late husband, Eric, were longtime friends of Doug Owens and his first wife, Sue.
“I think Doug really loved Pendleton, grew up here. We were newcomers to the town (in 1964, and) he made us feel welcome. He was accepting of us.”
In fact, Reske said, Owens’ mother, Irene, had started a club in town called the Newcomers Club, where the Reskes met Doug and Sue.
Reske said Doug Owens was both a “very smart man” and “a lot of fun.”
“Doug was pretty serious, but he was always in for something that was unusual and different, as far as entertainment goes.”
The two couples socialized, Reske said, recalling attending a country music fair in southern Indiana and traveling to San Francisco for what was the first time for both couples.
“It was a great trip to San Francisco,” she said, noting they dined on a pier. “We did things like that with Doug and Sue.”
Reske recalled an occasion where they flew on a plane with a third couple, with Owens at the controls, when the engine stopped. Owens managed to get it restarted.
“I can laugh now,” Reske said. “Of course, we thought we were done for. We never flew with him again.”
Joann Karaffa-Owens shared news of her husband’s death on facebook on Saturday: “Today is a sad day for me as Doug will no longer be by my side. … I will so miss our discussions, travel experiences and learning about his love of life.
“I marvel as all the things he has done for Pendleton and others.”
“Doug and I married 20 years ago after both of us lost our wonderful spouses. We have treasured our life together and the challenges we faced. I love you Doug.”