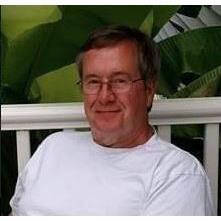 Kevin J. Christel, 74, of Green Twp, Madison Co, IN passed away on Thursday, November 18th, 2021, after a short illness. Kevin was born in Perth Amboy, NJ on September 10th, 1947, to the late John and Margaret (Blum) Christel. He graduated from Metuchen High School (NJ) in 1965 and then from Buena Vista University in 1969.

While living in Park Ridge, NJ, he served on the City Council during 1984-1990, also served on the City Finance Committee and as Boro Police Commissioner. He had a career in insurance risk management prior to moving to Indianapolis. He had his own business for ten years in specialized footwear. His favorite hobby was railroading which he videoed and shared on YouTube.

A private Celebration of Life will be held at a later date.